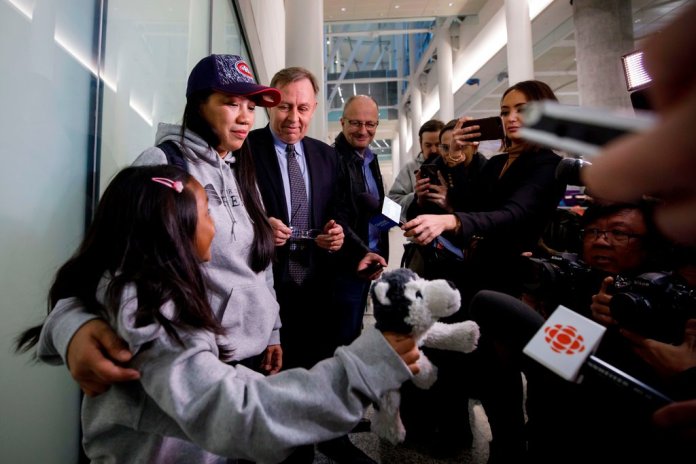 There have been many moments where I have felt proud to be Canadian. I had one of those moments last week when I read in the news that Canada had given asylum to one of the refugees who sheltered Edward Snowden when he was fleeing from the authorities in Hong Kong.

“This is a really great day,” said her lawyer, Robert Tibbo. “She’s departed Hong Kong. She’s left behind all the distress, hopelessness and uncertainty in life, the discrimination and marginalization she has suffered.”

Five other asylum seekers who sheltered Mr. Snowden are awaiting decisions on their applications in Canada. Among them is Ajith Pushpakumara, from Sri Lanka, who said he had fled to Hong Kong after being tortured for deserting the military and faces the possibility of execution if he returns to his native country.

Ajith fled his home country of Sri Lanka in 2003. In Sri Lanka, Ajith signed up for the military when he was 18 years old. In the Ambepussa Army Camp, young recruits were abused daily and often raped by their superiors. A victim of sexual abuse and at one point left for dead, Ajith deserted. When he was caught by the military police, he was then tortured.

With his military background, Ajith acted as Edward Snowden’s bodyguard in Hong Kong in 2013.

For The Refugees is a Canadian not-for-profit organization fighting to prevent the deportation of the Snowden Guardian Angels from Hong Kong and compelling Canada to expedite their relocation to safety.

Click here to watch video about the Snowden Guardian Angels on CBC.

Click here to read my blog entry about Edward Snowden and the Survellance State.

Notes: All information in this blog gathered from New York Times article and For The Refugees website. 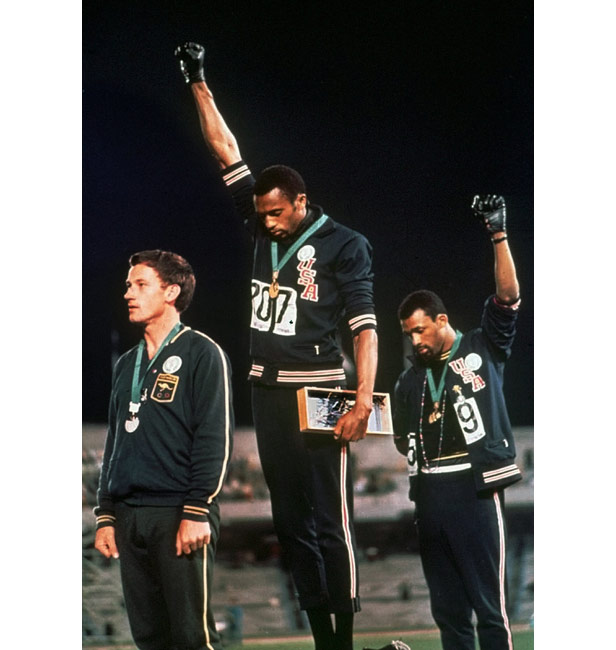 I will admit that I never paid any attention to the third Caucasian sprinter in the above photo. He is Peter Norman, the Australian sprinter who won the silver medal in the 200 meters sprint event at the 1968 Olympics. I never noticed that he wore a button promoting the Olympic Project for Human Rights campaign.

He paid a heavy price for wearing that button. According to published reports, Norman was left off Australia’s team in the 1972 Olympics in Munich despite running times that would have qualified him. He was also left out of any role in the 2000 Sydney Games.

In 2012, Australia formally apologized to Norman, with one MP telling Parliament that Norman’s gesture “was a moment of heroism and humility that advanced international awareness for racial inequality.”

All information for this post gathered from this article published by the Toronto Star.

First Nation chiefs gave Gord Downie the name ‘He who walks with the stars’. Gord Downie, the lead singer for the Tragically Hip was honored at an Assembly of First Nations meeting.

This sounds totally bizarre but it actually happened according to article published by the Independent on May 9, 2008.

Burger King’s Vice President at that time, Steven Grover used his daughter’s online name “surfxaholic” to attack activists who were trying to raise the pay of tomato pickers. According to the Independent article, the daughter of Steven Grover confirmed this.

“That was my Dad. That was him,” she said, when asked if she had written anything about the tomato workers online.

The farm workers coalition discovered that abusive emails and comments under the names “activist2008” actually originated at the Miami headquarters of Burger King. The e-mail Internet protocol addresses are the same as Burger King’s.

Emails claiming that activists were trying to get money for themselves were separately linked to a private email being used by Stephen Grover, Burger King’s vice president.

Also, the article states that a security firm offering “covert surveillance” and “undercover operations” has been discovered trying to infiltrate a student organisation which was campaigning on campuses for better conditions for the migrant workers.

According to article published in New York Times on May 7, 2008 written by Eric Schlosser:

In an interview, a Burger King executive told me that the company had worked with Diplomatic Tactical Services for years on “security-related matters” and had used it to obtain information about the Student/Farmworker Alliance’s plans.

The Student/Farmworker Alliance and the Coalition of Immokalee Workers are not dangerous, extremist groups. Both are pacifist, mainstream nonprofits inspired by the work of the Rev. Dr. Martin Luther King Jr. The coalition is supported by the Robert F. Kennedy Memorial Foundation, the Presbyterian Church (U.S.A.) and Pax Christi, the Catholic peace movement.

According to Steven Grover’s linkedin account, he is currently employed by Stake and Shake Enterprises Inc. as Vice President, Cost and Product Management. Before he was employed by Burger King, Stephen Grover was Vice President at the National Restaurant Association.